The climbing wall is located at the air raid shelter of Hervanta campus. It’s located on the end of the ramp, next to the lift that goes down from Rakennustalo. That lift is the easiest way to access the wall.

The facility has multiple climbing walls. The main wall is a three part bouldering wall which can be adjusted between 0 and 45 degrees. There are usually some color coded routes and even more routes that are marked with tape or simply set with the existing holds. It’s important to lift this wall and the mats back to vertical position when leaving, so that it’s not on the way of those passing by.

In addition to the adjustable wall there is also a roof climbing wall. The routes on that wall are usually somewhat more difficult than on the main wall. The concrete wall of the ramp also has attachment points for climbing holds on the span of a ~50m traverse. There is also an older rope climbing wall behind the elevator.

In addition to the climbing walls bommari also has a campus board. The rungs are set at twice the regular frequency. Bommari also has a gear cabinet, which includes at least a few pairs of climbing shoes. First time visitors should still borrow their shoes from tamppi, as there are more sizes available there. 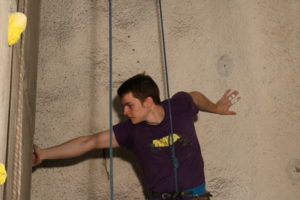 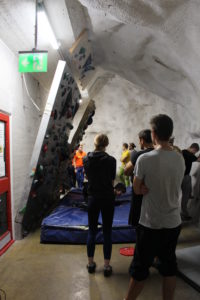 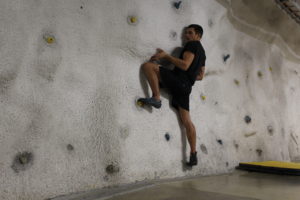 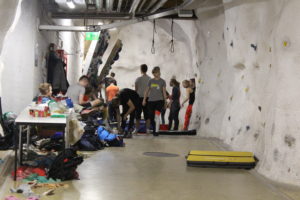 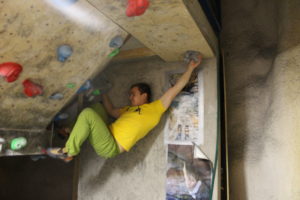 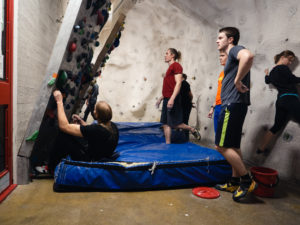 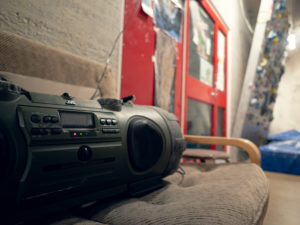 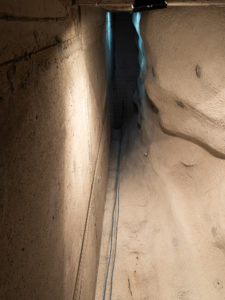 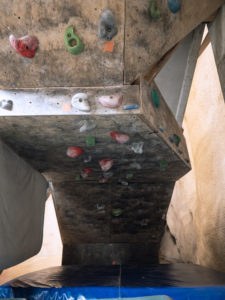 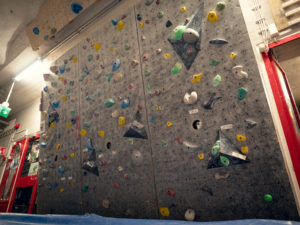 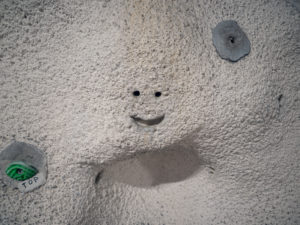 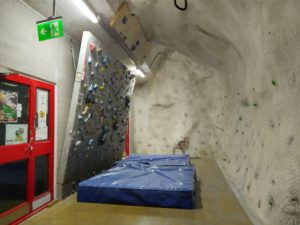