The climbing wall is located in the lobby of Tamppi Areena, next to the entrance to the building. The eight meter wall was opened in 2017 and it has a total of 5 sectors. Each sector has a top rope and two of the sectors also include permanent quickdraws for lead climbing. There are routes of varying difficulty. Usually grades are between 4 and 7

In addition to the routes the wall also includes multiple hangboards. It also has a short campus board with rungs that are easier than the one in bommari. The wall also has a crack machine for practicing crack climbing.

Built into the wall is also Tekiila’s gear cabinet, from which gear can be borrowed for both indoor and outdoor climbing. The gear includes shoes, harnesses, belay devices, ropes, quickdraws etc. There are specific instructions for borrowing the gear. The instructions should be available at least on the door of the cabinet.

All climbing on the wall happens on the climbers own risk. The routes are mainly set by the board of the club, but instruction can be given to those that are interested in routesetting. 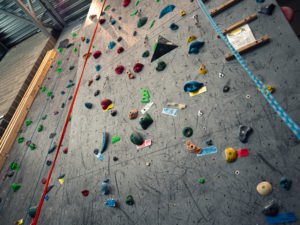 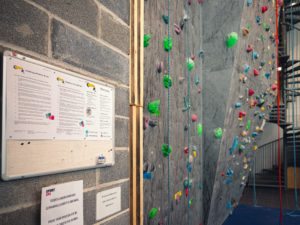 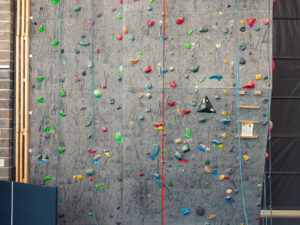 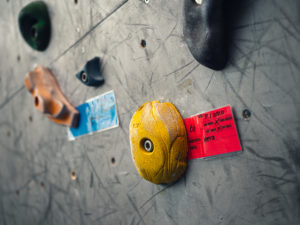 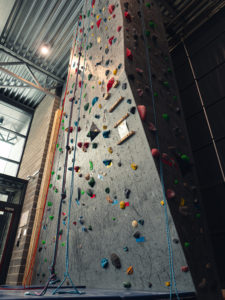 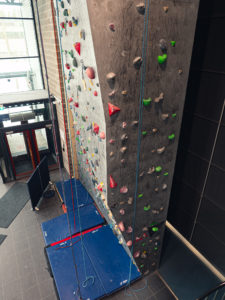 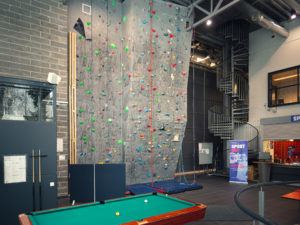 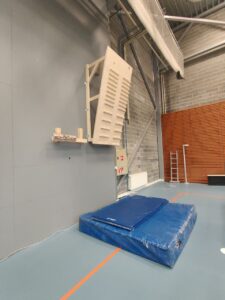